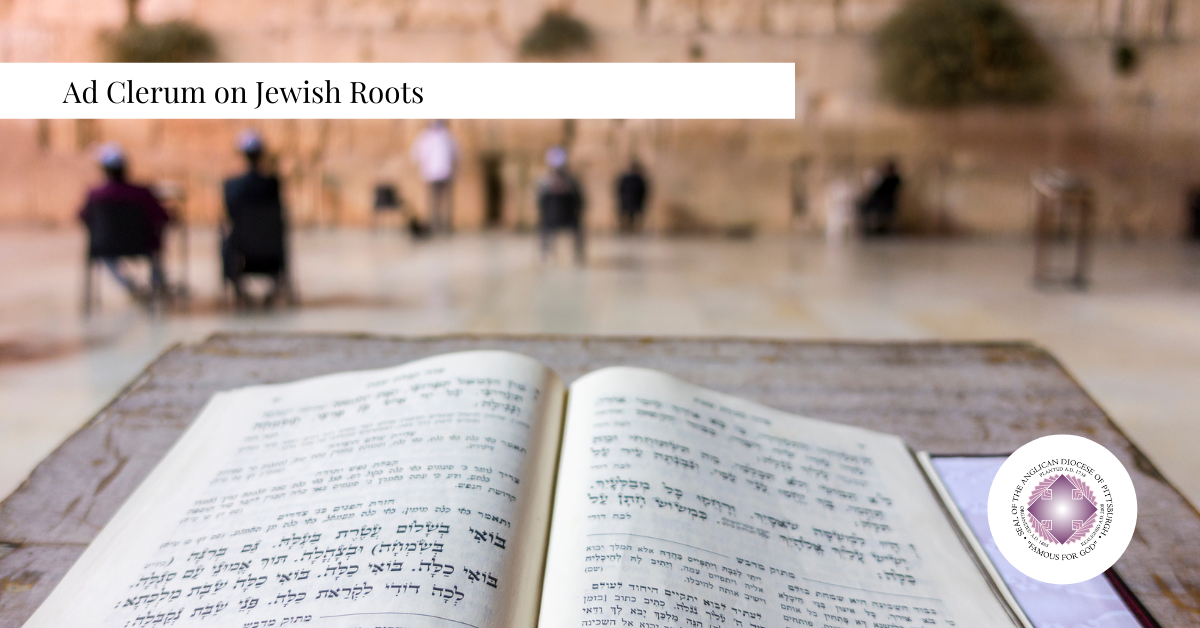 For I am not ashamed of the gospel, for it is the power of God for salvation to everyone who believes, to the Jew first and also to the Greek. (Romans 1:16)

We had just returned from a study tour of the Holy Land led by our rector, Terry Fullam. It had been an inspirational time for all of us as we wandered throughout the land enjoying its beauty and remarkable history. We had walked where Jesus walked and we had also explored the places where King David had fought and King Solomon had built his Temple.

Somebody once said that in some parts of the world there are “thin places” where heaven and earth come close together. These are places where the distance between heaven and earth seems to shrink and we able to catch glimpses of the divine, or the transcendent, or, as I like to think of it, the infinite. There are many such places in the Biblical narrative, and we visited quite a few during our time in the land called Holy. One of the more delightful is the Chapel of the Ascension on the Mount of Olives, where Jesus is reputed to have ascended into heaven. When the chapel was first constructed it had no roof and was open to the sky so that there could be no obstacle for the heavenly journey!

I was regaling my mother with some of our experiences, and my enthusiasm must have been a little too overwhelming for her. When I paused in my story to take a breath, she interjected, “Of course you enjoyed yourself there—your great-grandfather was a Jew!”

I was both delighted and surprised, because this was a part of the family history never before revealed. “Why haven’t you ever told me this before? I asked. “Because you never asked.” This immediate reply prompted a few more questions and I eventually found out that George Minns, my father’s grandfather, was an observant Jew. His son, my grandfather, had died when my dad was just two years old. This was before the days of social welfare, and my aunt often took my dad to visit his grandfather and other relatives on the Sabbath, to receive the Shabbat offering to help support them both. I was even able to locate an old photograph of one of these visits. It helped me appreciate my very personal Jewish heritage. Perhaps my mother was right – it could well explain something of my fascination for the people of the Land.

During our study tour we visited Bethlehem, where we first met Hannah Sa’adi and his family – Arab Christians who have lived there for generations. Listening to them share their history and the challenges that they now face helped us understand something of the agonizing struggles that present-day inhabitants in the Land still experience. Hannah told me that in and around Bethlehem, Christians have gone from being roughly 80 percent of the population when Israel was established in 1948 to approximately 12 percent today, and the number continues to decline. Arab Christians are often caught in the middle of the struggles between the Muslim and Jewish communities, and sometimes it seems simply easier to leave. Sadly, this means that much of our common heritage is in danger of being forgotten.

One thing that we quickly came to understand was that much of our Christian faith rests on our Jewish roots. Without these foundations, our faith, our self-understanding, our key theological concepts, and even our knowledge of God are all at risk.

At its most basic, most of the Bible – what we call the Old Testament – is itself a Jewish text written originally in Hebrew, and it tells this history of the Jewish people as a nation called by God. Their story is our story. One community that makes this very clear is the Messianic Jewish community – Jews who have come to saving knowledge of Jesus as their Messiah and yet who want to retain their Jewish cultural identity. They often find themselves caught between two worlds, yet in many ways they are our forebears in the faith.

A unique place that celebrates the gift of Jewish Christians is Christ Church Jerusalem, a lively Anglican church inside the walls of the Old City near the Jaffa Gate. Angela and I have stayed at their guest house and worshipped there several times. We count their rector, David Pileggi, as a dear friend. We have always been blessed by their gracious hospitality for all of the people of the Land and far beyond, as well as their continuing dedication to their Jewish roots.

It all started in January 1842 when a German-born Jew named Michael Solomon Alexander entered the Old City of Jerusalem and began his work as the first Anglican bishop in the Holy Land. As a young man he had taught Hebrew in England, and there he was later ordained a rabbi. Soon after, Alexander became a follower of Jesus in 1825, after meeting with several Anglican clergymen who introduced him to the Gospel. He became a lecturer of Hebrew and Rabbinic literature at King’s College, London, when he was chosen to be the first Anglican bishop in the Middle East. He set to work sharing the Gospel and began building Christ Church. After only three years in office, he died unexpectedly in 1845 and did not live to see the completion of Christ Church. His work, however, continues to flourish.

From the outside, Christ Church differs little from many Anglican churches, but inside it is more like a synagogue than a local parish church. The communion table and stained-glass windows contain Jewish symbols and Hebrew script, and like all synagogues in Jerusalem, the church faces the Temple Mount. On the eastern wall of the church, the words of Jesus and the Apostle’s Creed are engraved in Hebrew. It is well worth a visit!

I am convinced that as secularist creeds continue to challenge traditional Christian teaching, we need to reclaim “the faith that was once and for delivered to the saints” (Jude 1:3), and a good beginning would be to recover our Jewish roots.