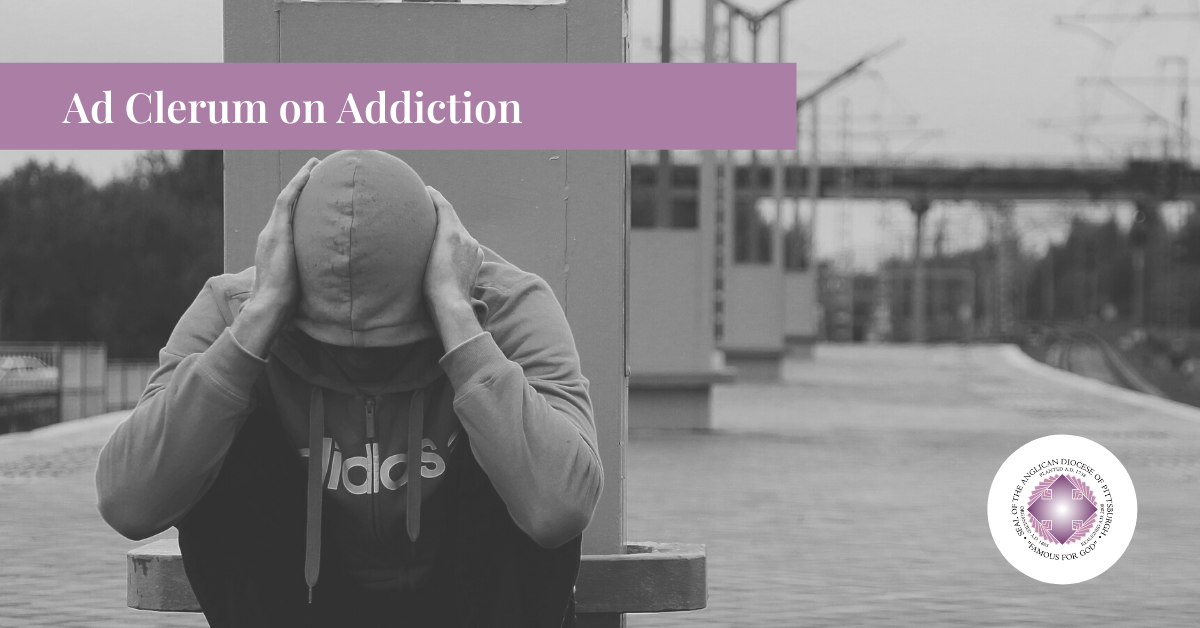 They promise them freedom, but they themselves are slaves of corruption. For whatever overcomes a person, to that he is enslaved. (2 Peter 2:19)

Leslie and his parents lived next door to us when I was growing up. He was a single young man who worked in the coal industry. Like me, he slept in the attic bedroom in a terraced house (row house) and did not have much privacy. Leslie spent most of his evenings at the local pub and would invariably stagger home drunk. Many nights I would hear his mother berate him as he tried to climb the steep attic steps – invariably, he would miss a step and crash to the bottom, only to try again. It was a source of some teenage entertainment for me but also a sobering reminder of the consequences of alcohol abuse. We knew of other families that saw their weekly food budget get spent at the pub, so the children went hungry.

Many years later, when Angela and I were praying about the primary ministry focus for the church that we were planting in Lafayette, Louisiana, we became aware of the much more deadly costs of addiction to alcohol and to various other drugs. “Laissez les bon temps rouler!” is still the attitude in Cajun country, and there is no question that they know how to celebrate, but there is a dark side to this way of life. Addiction is rife, and many families pay a high price. I recall one local family with twin teenage girls. On their sixteenth birthday they were each given a new car and a six-pack. Not long afterwards, one sister died after driving off the road at high speed and into a tree. Her grieving sister was inconsolable and later ended her own life.

We began an outpatient recovery program, The New Life Network Foundation, for people of the local community who were unable to afford traditional inpatient services, and we made clear that we were a welcoming community for anyone struggling with addiction. Many lives were transformed as men and women confronted the reality of their destructive dependencies. We also encouraged them to enroll in 12-step recovery programs to support their search for sobriety. We also hosted a very popular community-wide event for which Father Joseph Martin1– a well-known Roman Catholic Priest with a remarkable ministry to recovering addicts – gave his famous “chalk talks.”

By God’s grace, we saw lives transformed. Billy F. was a local man in the grips of alcohol addiction, his family devastated by his obsession. He learned that he was not alone nor hopeless, and we helped him overcame his addiction. He has maintained his sobriety for more than 30 years. We meet infrequently but whenever we do so he tells me proudly and gratefully the precise number of years he has stayed sober.

Our son-in-law, Jonathan Hartiens (married to our second daughter, Helen), grew up in Lafayette. He is now a psychologist who served as an officer in the US Navy and on the medical staff at the VAMC Medical Center in Martinsburg, West Virginia. His county, Berkeley, has the unfortunate distinction of having one of the highest opioid death rates in the US. In 2011, Jonathan established Christian Psychological Services, a counseling practice, and witnessed the crisis of opioid addiction first-hand. His area also has very few treatment resources – the nearest residential facilities are more than four hours away in Bridgeport.

After much prayer and conversations with a number of church and community leaders, Jonathan and Helen pioneered the establishment of the Mountaineer Recovery Center, a 48-bed inpatient facility, that was opened in November 2019. The center has admitted 991 clients as of November 30, 2021, and these people have discovered the truth of the center’s motto – “Where hope becomes a reality.” 671 have graduated the one-year program that includes residential and outpatient services (a 68% success rate). They plan to add a 32-bed women’s and children’s center in January 2022, that will allow mothers to keep their children with them while in residential treatment. Jonathan and his team recognize that full recovery is hard work and involves a total transformation – body, mind and spirit – as well as an ongoing supportive community. With that in mind, they have recently purchased an additional 72 acres of neighboring property on which they plan to build what they hope will become a “Recovery Village.” It will be a neighborhood restricted to those in recovery. Alcohol and drugs will be prohibited and community connections can help grow each resident’s recovery.

While they have a bold vision, it is the individual stories of transformed lives that fill them with the most joy.

Jonathan shared with me a story from their Thanksgiving celebration. Greg recently completed the center’s program, in which he met with the chaplain and accepted Jesus as his Savior. He recently wrote this moving account:

I have so much to be grateful for today – this time last year I was sitting in jail, hopeless, beat down and at the lowest point of my life. I had no family to call and tell Happy Thanksgiving; no one to tell me, “Greg, it’s going to be okay.” I had lost the one person that loved me, no matter what, my Dad. I couldn’t kill myself, but I knew that I didn’t want to be alive anymore. So as I sit here, clean and sober, in a warm home with people that love me, I can actually be a normal human being today. So I’m grateful that God is in my life. So Happy Thanksgiving, my friends. And to my family, I love you, and Dad, I miss you so much. Man I love you – RIP – Greg.

Hope has become a reality for Greg and hundreds like him. As we celebrate this season of hope, I pray that you will reach out to those in your various communities who struggle with addiction and assure them that they are not beyond the reach of God’s transforming love.

1Father Joseph C. Martin, S.S. (1924-2009) was a recovered alcoholic whose own battle with alcoholism inspired him to become a leader in the fight against addiction. He spoke plainly about alcoholism as a sickness, his own struggle for sobriety, and the life-changing impact of 12-step recovery programs. He used a blackboard and chalk in his presentations, and in 1972, the Navy filmed his speech to use for mandatory addiction training, titling the movie The Blackboard Talk. The speech came to be known as “the chalk talk,” and subsequent videos of it and more than 40 more talks that Father Martin made were used in other branches of the military and throughout the federal government, as well as in hospitals, corporations, and treatment centers around the world.