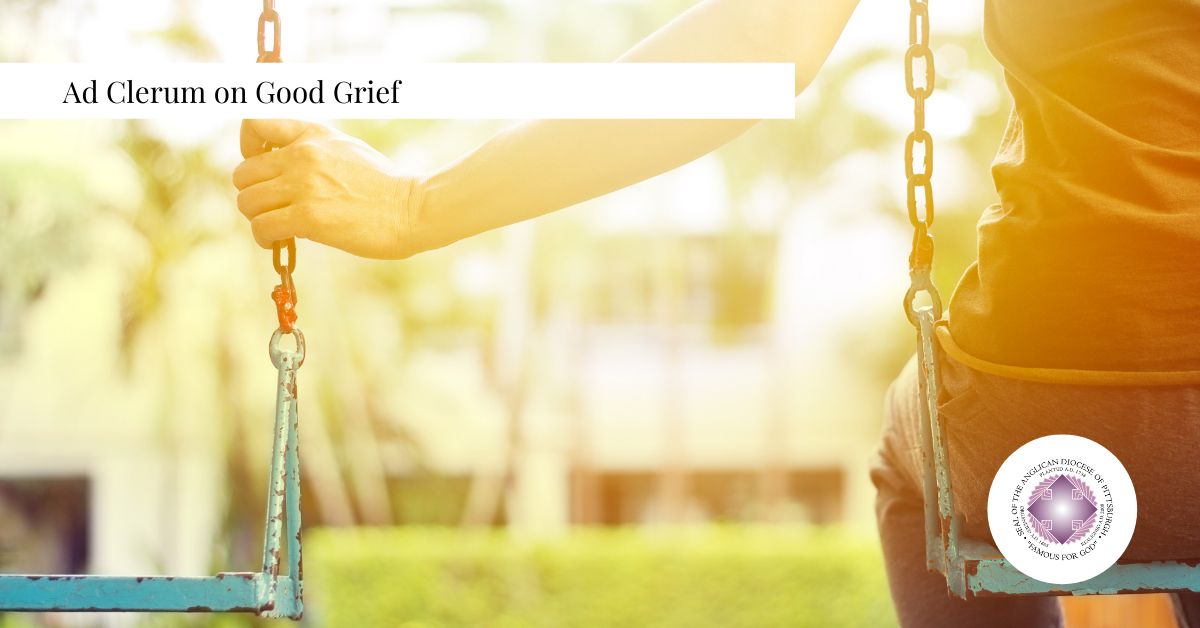 Even though I walk through the valley of the shadow of death, I will fear no evil, for you are with me; your rod and your staff, they comfort me. (Psalm 23:4)

It was June 2001 and the phone call from the Nottingham City hospital sounded urgent. My mother, Hannah, age 83, had just been admitted, and we needed to get there as soon as possible. We arrived at the hospital to discover that my mother was totally paralyzed. It seemed that some weeks or months earlier she had been gardening and had twisted around to pull a bag of mulch and had felt a sharp pain in her neck. She ignored it initially, but the pain persisted and she sought medical help. (It was later discovered that her initial injury had actually resulted in several fractured vertebrae.) She was told to rest and take two aspirin!

She continued her activities – but the pain became more intense. A couple of days prior to our arrival she had been admitted for x-ray scans, but as the doctor had lined her up for the procedure, he had moved her spine in such a way that her spinal cord was badly damaged, leaving her permanently paralyzed from the neck down! We consulted with various doctors and the bleak diagnosis was confirmed. Hannah was very much aware of the situation but it quickly became apparent that she was not giving up.

Her next-door neighbor was a rather taciturn man called Fred who was always determined to prove his life situation was worse than yours. If you had a sprained ankle – his was broken; if you had a headache, he had a week-long migraine. He seemed to enjoy misery! After the doctor had confirmed that my mother’s paralysis was permanent, Mother looked up and said, with a smile, “Let’s see if Fred can beat this!”

And so we began an unforgettable week. My sister Frieda and her daughter Emily arrived by train from Cornwall, and Emily summed up the situation by declaring, “Granny has become a talking head!” It was an apt analysis … and talk she did … almost without stopping! Some of it was reminiscence – other times she was giving us various assignments. We talked, laughed, listened, and prayed. Her overwhelming concern was not for herself but for my sister Susan, who had significant learning disabilities and was a year younger than I. Hannah had spent much of her life providing for Susan and protecting her … now what? We assured her that we would love and support Susan in her future life and would ensure that she would do well. Mother seemed reassured. Because of the paralysis she was unable to breathe properly, so she grew weaker and eventually slipped into unconsciousness. After a week, she died a very peaceful death.

We made the necessary funeral arrangements and had a wonderful service at the church where Hannah had been an active member. I presided and preached. Afterwards, we took her ashes and I poured them out over the rhododendron bushes at a nearby county park – a place that she loved. As I reflected on her remarkable life, I realized that my one great regret was that I would no longer be able to ask her all of my questions about our family tree … she had an astonishing memory and enjoyed telling me all the stories. I also realized how blessed I was to have had parents who loved me, loved each other, and loved the Lord – in their rather quiet British way.

This past Saturday (August 29th) we took part in a much more traumatic occasion – the funeral for 50-year-old Thomas McKenzie and his eldest child, 22-year-old Charlie (Ella). Thomas was the founding rector of Church of the Redeemer in Nashville, Tennessee, and he had just begun a well-deserved sabbatical by driving Charlie back to school in Santa Fe, New Mexico. An hour into their journey, they were killed instantly in a horrific traffic accident on Interstate 40. Their immediate family – Laura, Thomas’ wife, and their daughter Sophie – were in total shock and disbelief, as was their wider church family. It all seemed so unbelievable, and yet now they had to plan two funerals and negotiate through their grief.

The congregation leapt into action and surrounded Laura, Sophie, and Laura’s mother, Janice, who had also been recently widowed, with 24-hour loving care and meals around the clock. The tree in their front yard was quickly encircled by bunches of flowers that had been brought by parishioners and neighbors and served as a constant reminder of the love that enfolded them. One of the many thoughtful initiatives was a parish gathering on Wednesday evening, during which people were invited to simply share stories and memories of Thomas and Charlie. It proved to be an enormously helpful time for everyone.

The funeral service was attended by more than 450 people – with 250 seated in the main sanctuary and another 200 seated downstairs in the fellowship room with a closed-circuit video feed. Another 350 joined via Facebook. There were lots of tears and shared stories, but there was also an unmistakable sense of hope and assurance of God’s love in the midst of the pain. We were reminded of that wonderful passage from the Book of Revelation: “[God] will wipe away every tear from their eyes, and death shall be no more, neither shall there be mourning, nor crying, nor pain anymore, for the former things have passed away.” (21:4) But still there was pain and grief, deep soul-searing grief, for which there were no words.

Grief is the natural way that we deal with loss – the loss of loved ones, loss of a home or a job or a church. Grief affects every part of our being – our mind, body, and spirit. It must never be seen as a sign of faithlessness or immaturity. Grief affects us all differently and takes a different trajectory for each situation.

Someone who lives near the ocean said that grief is rather like the waves: sometimes they are gentle, almost imperceptible, and other times they crash on the shore and almost overwhelm us. Grief takes time after a major loss, it often takes at least a year to process as we pass through various anniversaries. Grief will lessen as time goes by, but it must never be ignored or derided.

One resource that I have found most helpful is Journeying through Grief, published by Stephen Ministries (stephenministries.org). It is a set of four short books to give to people at four crucial times during the first year after the loss of a loved one. Each book gives helpful insights about grief, biblical truths, and stories that provide comfort and reassurance. They are available in various languages and help fulfill the promise: “Blessed are those who mourn, for they shall be comforted.” (Matthew 5:4)